Yesterday our feature film THE WEATHER INSIDE by Isabelle Stever had its world premiere at the Zurich Film Festival. A big thank you to everyone who made the film and the premiere possible. ZFF, it was a great evening.

Ingo Haeb won the 2015 Split Film Festival Special Award. The jury for Competition Features - consisting of Bea de Visser, Sarah Skoric and Dean Sosa - decided to award THE CHAMBERMAID LYNN with the following words: "It is a fresh film, we feel, for its outstanding personage, its scenario, its coherent and optimistic story. After seeing this movie, sleeping in a hotel will never be the same."

to compete for Academy Award Nomination 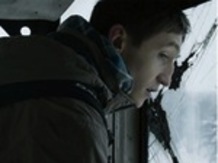